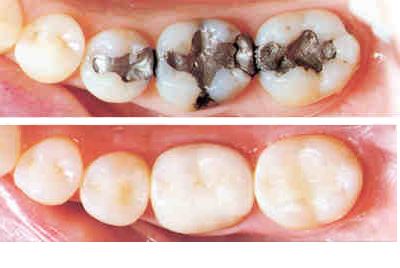 In my thyroid healing research, it was suggested that mercury amalgam’s be removed. I had one filling removed in 2016 by my regular dentist. They drilled it out and sent me on my way. I started feeling sicker for a while after this procedure. My brain fog was much worse and my memory was terrible. I later found out that there is a safe way to remove mercury and that my dentist did not follow any of those protocols.

Mercury vapor emitted from amalgams passes readily through your cell membranes, across your blood-brain barrier, and into your central nervous system where it causes immunological, neurological, and psychological problems. At the same time, mercury is leaching into your saliva and being swallowed, making its way down your digestive tract where it causes inflammation and damages your immune system — because the frontline of your immune system is in your gut. This blocks one of your body’s major detoxification pathways: passage out of your GI tract. – Dr. Mercola

Here’s an interesting video showing how much vapor is escaping from fillings:

On March 22, 2018, I had the remaining mercury fillings removed from my mouth. I ended up with three replaced fillings and one crown (due to a crack in this tooth). The mercury was removed safely following the the IAOMT Safe Mercury Amalgam Removal Technique (SMART).

Part of the safe mercury amalgam removal is properly detoxifying the body. 2 weeks before the removal, I started a protocol of detox vitamins/supplements. I plan to continue them for the next month.

I am now two weeks post-removal and my memories are coming back. My brain fog feels like it has been lifted and I am feeling better both physically and mentally.

Dr. Tom McGuire’s Mercury-Safe Dentist Directory is a great resource for finding a safe mercury amalgam removal dentist, as well as more information on mercury, removal and detoxification. If you are thinking about having the mercury removed, I highly recommend it for your long-term mental and physical health.