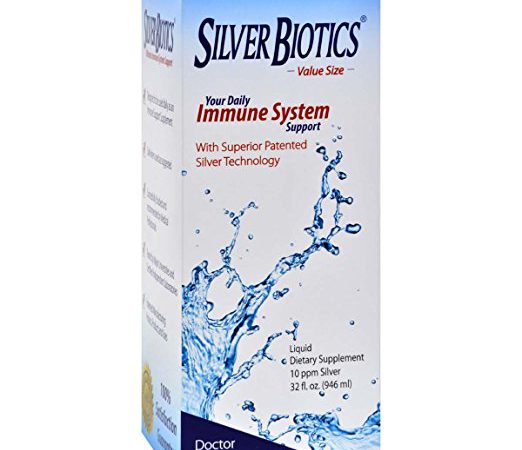 We have MRSA in the house and it prompted some research into alternatives to antibiotics for clearing our bodies of the infection/bacteria. Silver colloidal liquid was recommended as a product that would kill off the bacteria and leave the healthy bacteria alone. It claims to work on MRSA as well.

The silver comes in liquid and gel forms. We are testing out the SilverSol brand which uses a special technology to make “Nano Silver” – which is a little different from colloidal silver. Nano takes the silver and attaches oxygen ions to it forming Ag404.

After ingesting the liquid, the silver begins to kill off bacteria. We noticed that we were very tired right away as our bodies were dealing with the die-off.

We are also testing the gel ASAP 365 brand on open wounds and acne. After applying one dose on a cut, we saw a remarkable difference. The healing was quick, reduced redness and the cuts looked smooth. On acne, after the first dose, the gel brought out the bacteria to the surface of the skin. More pimples appeared at first. We continued with the gel on the second day and the skin started appearing smoother as the acne began to heal over. It took away itching and redness in the face as it was healing. We applied the gel several times during the day.

So far, we are happy with these products and plan to keep using them for maintenance. The liquid can be taken twice a day for maintenance. The gel can be used on the hands daily to keep them clean and clear for up to four hours. The gel also promotes healing and scar reduction and will be our new go-to cream for any wounds.